Board of County Commissioners

A Community Task Force charged with reviewing the operations of public transportation in Northwest Ohio will release its final report on Tuesday during the regular weekly meeting of the Lucas County Commissioners.

The Commissioners asked the Community Task Force, which was chaired by Bruce Baumhower, to review the strengths, weaknesses, and public transportation needs of the Lucas County and the surrounding area and to develop recommendations for an innovative, sustainable model going forward.  Read the full report.

Briefing on the Feasibility of Merged and Consolidated 911 Services


In December 2018, the Board of Lucas County Commissioners was approached by key stakeholders in the County’s 911 system to study the feasibility of the merging and consolidation of 911 services in Lucas County with the goal of creating a safer and more effective and efficient countywide system. Read the full report.

TOLEDO, OH – The Lucas County Commissioners today approved a resolution in support of the statement released by Welcome Toledo-Lucas County and the City of Toledo Human Rights Commission that opposes the recent verbal attacks on immigrants and people of color. Read full release.

Welcome TLC and the City of Toledo HRC stand with immigrants and people of color in this country, especially four U.S. Congresswomen of color and immigrant heritage informally known as “The Squad” in the face of increasingly negative national discourse and verbal attacks. Read full statement.

TOLEDO, OH. – The Lucas County Board of Commissioners will hold a press conference at 10:30 a.m. Tuesday, April 30, 2019, to talk about upcoming local events to recognize “In-Demand Jobs Week”, a state-wide celebration of jobs, industries, and skills that are in demand in Ohio. Read full release.

TOLEDO, OH. – The Board of Lucas County Commissioners is pleased to announce that it has achieved the status of Certified Welcoming, the first county in Ohio and only the second community in the state to earn the merit. The Commissioners and Welcoming America announced Lucas County’s achievement today during a press conference in One Government Center.

According to research published by New American Economy, the immigrant population in the city of Toledo grew from 2.8 percent in 2000 to 3.7 percent in 2014. During the same the period, the U.S.-born population decreased nearly a 13 percent. Also, local immigrants, who account for 3.4 percent of the overall population, make up 4.2 percent of the workforce, generate nearly $242 million in spending power for the local economy, and contribute more than $31 million in state and local taxes. Read full release.

TOLEDO, OH – The Board of Lucas County Commissioners today strongly declared its opposition to House Bill 6, which the commissioners view as nothing more than a bailout for the bankrupt FirstEnergy Solutions Corp., the parent company of Toledo Edison.

“House Bill 6 will only help the shareholders of FirstEnergy and FirstEnergy Solutions while significantly raising electricity rates on homeowners, renters, small business, and industry in Ohio,” the Commissioners said. Read full release.

TOLEDO, OH.– The Lucas County Commissioners are excited to announce the construction of a dedicated ballroom that will be attached to the SeaGate Convention Centre and the redevelopment and operation of a nearly 200-room hotel that will carry the dual brands of Hyatt Place and Hyatt House to be located in the vacant hotel building adjacent to the convention center.  Read full release.

TOLEDO, OH – The Board of Lucas County Commissioners filed a lawsuit today to force the U.S. Environmental Protection Agency to comply with its legal obligations under the Clean Water Act regarding the impaired status of Lake Erie.

The complaint, filed in U.S. District Court in Toledo, states that the refusal of the Ohio Environmental Protection Agency (EPA) to submit a Total Maximum Daily Load (TMDL) to the federal EPA violates the requirements of the Clean Water Act and other federal regulations. Read full release.


TOLEDO, OH – The Board of Lucas County Commissioners today announced the community members who will serve on the task​ force charged with reviewing the future long-term funding and sustainability of public transportation services in the greater Toledo area.

The Commissioners believe public transportation is vital to the economy and viability of our community. The task force will therefore be charged with an examination of transportation needs in the Greater Toledo area and the development of recommendations that will promote the most connective and efficient transit system going forward.


TOLEDO, OH – The Lucas County Board of Commissioners and Mayor Wade Kapszukiewicz today announced the citizens who will be serving on the Toledo-Lucas County Complete Count Committee, which is charged with ensuring that there will be a comprehensive enumeration of all residents of Toledo and Lucas County during the upcoming 2020 decennial census.

Complete count committees are commissions organized by local governments to raise awareness of and facilitate a higher self-response rate to the census and are comprised of representatives from civic organizations, faith-based groups, educators, the business community, labor, and other community stakeholders.

The Toledo-Lucas County Complete Count Committee is comprised of elected officials, educators, and leaders of civic organizations, faith-based groups, labor, and the business community. They will help support the upcoming census count and strive to encourage citizens to promptly respond to complete census forms in a timely manner.

The results of the 2020 Census will be instrumental in determining Ohio’s Congressional delegation and the allocation of federal funds to address future transportation needs as well as assist local governments as they establish education, healthcare, transportation, social services, and emergency response priorities.


TOLEDO, OH. – Due to the federal government shutdown, Lucas County recipients of the Supplemental Nutrition Assistance Program (SNAP) will be receiving February benefits early.
For people who received SNAP benefits in January and are scheduled to receive SNAP in February, their February benefits will be available on their Electronic Benefit Transfer (EBT) card on January 16. This will be their benefit for the entire month of February and no additional food dollars will be added in February.

The U.S. Department of Agriculture (USDA) has instructed the Ohio Department of Job and Services to issue February benefits early because of a provision in the expired federal spending bill that allows the USDA to continue to fund some of its programs for 30 days beyond when the department had to shut down. To comply with that rule, the USDA is working with each state to load February SNAP benefits onto recipients’ cards now rather than the beginning of February, when they would normally be available.

SNAP-participating customers are being encouraged to plan their purchases carefully so that they will have money available to meet their food needs through the end of February.

Toledo, OH – New American Economy and Welcoming America have selected Welcome Toledo-Lucas County (Welcome TLC) to receive a Gateways for Growth Challenge award in the third year of the initiative.

Launched in December 2015, the Gateways for Growth Challenge is a competitive opportunity for local communities to receive tailored research, direct technical assistance, and matching grants from New American Economy and Welcoming America to develop multi-sector plans for welcoming and integrating immigrants.

“We launched the Welcome TLC initiative five years ago because we realized the value of immigrants and refugees and the potential they bring to Toledo and Lucas County. Toledo-Lucas County has a unique immigrant population and history that has served us well in the past and will continue to serve us well in the future,” the Lucas County Commissioners said.

“This is another step in Welcome TLC’s leadership in including Toledo-Lucas County’s small but growing and diverse immigrant population in our regional talent and economic development strategies,” said Mechelle Zarou and Reem Subei, Welcome TLC’s Co-Chairs. “Especially in this era of misinformation on immigration, Toledo’s immigrant community is to be celebrated and welcomed and we continue to work to put our region on the map nationally.”

In applying for the Gateways for Growth Challenge, Welcome TLC demonstrated a strong commitment to develop a concrete strategy that ensure all residents have access to the tools and support they need to succeed and contribute to their communities, and to highlight the contributions immigrants are already making locally. Foreign-born residents account for about seven percent of Toledo’s population and more than nine percent of Lucas County’s population.

Welcome TLC will receive tailored research assistance from the Gateways for Growth Challenge to update a study on the demographics and economic impact of immigrants and refugees in Toledo.

In 2014, the Lucas County Commissioners launched the Welcome Toledo-Lucas County Initiative in partnership with LISC Toledo with resolutions of support from Lucas County and the City of Toledo. Welcome TLC is governed by a Steering Committee of cross-sector community partners and leaders, including immigrants, refugees, and people of diverse cultures that is focused on community outreach, language access, legal services, and workforce and economic development. More information on Welcome TLC can be found on their Facebook page www.facebook.com/WelcomeTLC and on LISC Toledo’s webpage www.lisc.org/toledo/our-work/welcome-toledo-lucas-county.

TOLEDO, OH – Lucas County Commissioner Tina Skeldon Wozniak was selected Tuesday by a unanimous vote of the three-member Board of Commissioners to serve as board President for 2019. She will serve a one-year term.

“We will work collaboratively with staff, labor unions, and elected officials to address budget challenges while continuing to deliver great public service to the citizens of Lucas County. We will continue to utilize innovation to create efficiencies in county operations while staying committed to key capital improvements projects in downtown and within our county operations. Look for exciting developments to happen in 2019 that will benefit our residents and community as a whole,” Commissioner Wozniak said.

Commissioner Wozniak previously served as president from 2005 through 2008 and 2015 through 2016. She is currently in her 17th year as a Lucas County Commissioner.

He will serve a second two-year term on the Board of Directors. In addition, Commissioner Gerken is the co-chair of the Water Quality Task Force.

The Lucas County Commissioners released a statement today on the U.S. Immigration and Customs Enforcement (ICE) raids Tuesday at greenhouses in Sandusky and Castalia and the arrests of 114 people. Immigration Raid Statement

There is so much we can all do to address hate and racism in our community. This guide is intended to be a living document and resource guide for local organizations and initiatives and national resources to address hate and racism and to build welcoming, inclusion, and equity in our community. Please consider volunteering, donating, elevating, connecting, and supporting these efforts. Get started today with the Welcome TLC Equity Guide!

Learn more about Lucas County's efforts to ensure that our criminal justice system works for all residents at the Safety & Justice Challenge website.


The Lucas County Commissioners, the City of Toledo, and the Toledo/Lucas County Sustainability Commission is proud to announce the unveiling of the Western Lake Erie Nutrient Source Inventory Tool.

Clink the link below to see the full presentation.

Click the link below to view the full presentation.


Lucas County is Committed to a Clean Lake Erie 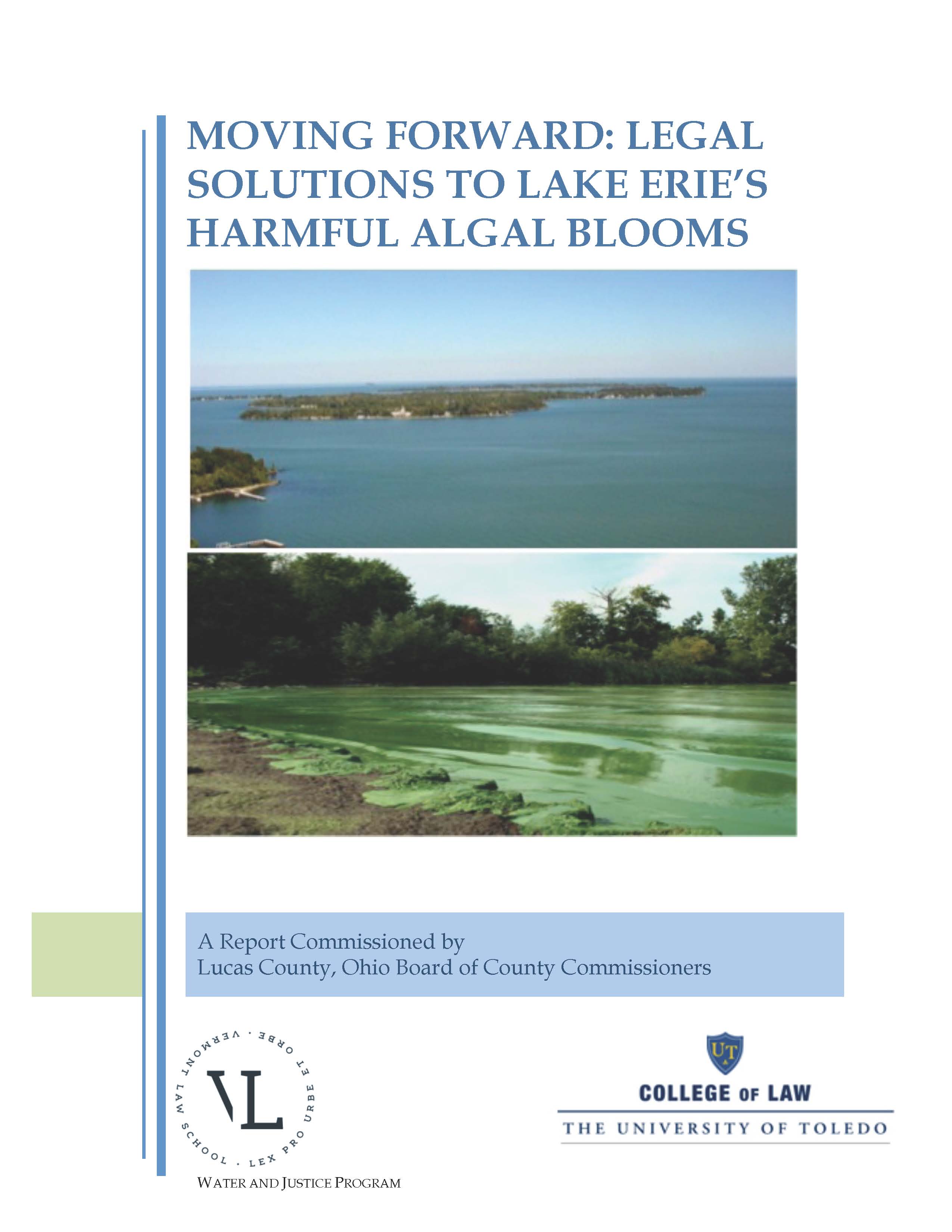 Moving Forward: Legal Solutions to Lake Erie's Harmful Algal Blooms
Commissioned by the Board of Lucas County Commissioners, written by legal experts and professors Ken Kilbert and Jack Tuholske, this report is an in-depth analysis of the legal tools available to address water quality issues. The report provides a framework for success in restoring and maintaining the health of Lake Erie.


This initiative works to build a welcoming and inclusive community for immigrants and people of diverse cultures that supports a vibrant civic, economic, and social fabric for all. Currently housed in the Board of Lucas County Commissioners in partnership with Toledo LISC.

To learn more, check out our Facebook page.
View All
/CivicAlerts.aspx

View All
/FAQ.aspx
View All
/QuickLinks.aspx