The Current Agricultural Use Valuation (CAUV) program is an incentive offered to property owners of farmland in the state of Ohio. Under the Ohio Revised Code, owners of land devoted exclusively to agricultural use can apply to be taxed based on the current agricultural use instead of the market value. Through this method, agricultural land owners with parcels enrolled in the CAUV program usually receive a lower tax bill.

Only land meeting specific qualifications may receive the reduced taxable value. Qualifying land is subject to a three-year waiting period, during which time, it must be utilized exclusively for agricultural use. Home sites and outbuildings not used for agricultural use are still valued at fair market value.

Owners of agricultural lands may file an application any time after the first Monday in January and before the first Monday in March of any year to request that the land be calculated in accordance with the CAUV method adopted by the commissioner for the valuation of such land.

If agricultural land owners fail to file the Renewal application prior to the first Monday of April of the current year, the land will be valued for real property tax purposes in the current tax year at its true value in money, and will be responsible for any recoupment.

Our appraisal staff will conduct a field inspection to verify the actual land use and crop type. Upon completion of the field review, soil values, certified by the State of Ohio, are applied to the parcel. This value, combined with any home-site and wasteland values, equals the reduced land value under the CAUV Program.

Soil Value
In accordance with the Ohio Revised Code (Section 5713.30 et seq.), the soil values used in the valuation of farm land are updated in conjunction with the triennial and revaluation years of all property in Lucas County. Soil values are calculated by the Ohio Department of Taxation.

Applications may be obtained and filed with the County Auditor between the first Monday in January and prior to the first Monday in March. Applications may include all parcels farmed. Parcels do not have to be adjacent to one another. However, they must have the same owner, and must be used exclusively for agricultural purposes. Farms of less than ten (10) acres must report their yearly gross income, and must maintain an average yearly gross income of two thousand five hundred dollars ($2,500) to continue to qualify for the program.

The designation of an Agricultural District provides: (1) protection to working farmers from nuisance lawsuits; (2) deferment of expensive development assessments on the land until it is changed to a non-agricultural use; and (3) additional scrutiny of eminent domain acquisitions in certain instances. This program is in addition to the CAUV program.

Only land meeting specific qualifications may receive this designation. The land must have been used exclusively for agricultural production or devoted to and qualified for payments or other compensation under a land retirement or conservation program under an agreement with a federal agency for the three (3) consecutive calendar years prior to the year in which an application is made. If the property is less than ten (10) acres, evidence that the gross income for each of the past three (3) years is at an average of at least two thousand five hundred dollars ($2,500), or the owner anticipates that the land will produce an annual gross income of two thousand five hundred dollars ($2,500).Under Agricultural District, it "includes the processing, drying, storage, and marketing of agricultural products when those activities are conducted in conjunction with such husbandry, production, or growth." (O.R.C. Section 929.01).

Owners of qualifying land must file an application with the Lucas County Auditor’s Office. If the property is located within a municipal corporation or if an annexation petition that includes the land has been filed with the Board of County Commissioners, owners of the qualifying land must also file an application with the Clerk of the legislative body of the municipal corporation. Owners must renew every five (5) years.

If the owner of the land seeks to remove the parcel from the Agricultural District Program, the owner is subject to charges levied pursuant to Section 929.02(D) of the Ohio Revised Code.

An original/initial application may be filed any time for a five (5) year period. A renewal application must be submitted after the first Monday in January and prior to the first Monday in March of the year in which the agricultural district terminates for the land to be continued in the program. If the property is less than ten (10) acres, evidence must be presented to show that the gross income for each of the past three (3) years is at an average of at least two thousand five hundred dollars ($2,500), or the owner anticipates that the land will produce an annual gross income of two thousand five hundred dollars ($2,500).

View All
/FAQ.aspx
View All
/QuickLinks.aspx

Board of Revision
Challenge Your Value
Pandemic Relief 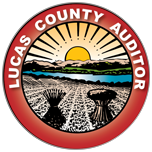